Up For Parole? Make Sure You Are First In Line! 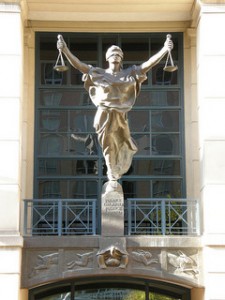 A remarkable 10-month study of probation judges in Israel found that most paroles were granted first thing in the morning, after the mid-morning snack break and after lunch. Parole rates went consistently from 65% starting with the first case in each session but by the end of each session, the chances of parole being granted had declined to nearly zero. The judges granted most paroles when they were energized and able to expend more decision and willpower energy. As the judge’s energy levels waned after the breaks, they “preserved their options” by denying more paroles.

Many studies have now shown that utilizing willpower requires quite a lot of energy. When our energy stores run low, willpower suffers. It has clearly been shown to be a limited resource, but as we saw in Part One we control many of the variables that help us build up the strength of our willpower and resolve.

One way of testing willpower is to see how long test subjects can hold their hand in ice water. The stronger their willpower, the longer they can will themselves to ignore the increasing pain and discomfort and keep their hand in the freezing water. But if their willpower has been depleted – by resisting fresh-baked chocolate chip cookies for example – they will pull their hand out of the ice water sooner.

One of the biggest drains on willpower is decision-making. Decision-making drains willpower because it takes resolve to eliminate options. We humans like options and don’t like eliminating them, so it makes sense that deciding between twenty items is harder than deciding between three. It requires more mental energy to be sure you are not making a mistake and eliminating a better option. The more options you are eliminating with your decision, the more energy and willpower it takes. The gravity of the decision and its “reversibility” also impact the amount of energy used. That is why people who are “deciders” with lots of pressure can be prone to colossal willpower failures (General Petraeus recently joins the seemingly endless list that includes Clinton, Sanford, Spitzer, etc, etc, etc).

Developing an awareness of decision and willpower fatigue can be an important skill to help you make better decisions, know when to postpone decision making, and perhaps keep you out of the newspapers.

[Note: We recommend Energy Management techniques as the best method of developing this type of awareness as well as maximizing energy and managing fatigue in mind, body, and emotions and use it as a core area of focus in all of our coaching and training.]

Learning how to recharge your mental, physical, emotional, and spiritual energy is an essential skill and can directly affect your overall performance. Not only does it directly impact your willpower, but it also affects your decision-making as well as creativity, productivity, emotional wellbeing, and overall happiness.

Make sure you are taking time to recharge yourself after intense energy expenditures, whatever they may be. Schedule time for reenergizing breaks to make sure you have enough power to exercise your willpower!