The 3 Most Important Traits of High-Performing Teams? 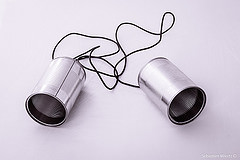 New research shows that communication habits are the most important factor that distinguishes high performing teams from ones that are not.

A few years ago I was brought in to manage and turnaround a very dysfunctional organization. Engineering, Operations, Product Marketing, QA were all banging heads and finding it nearly impossible to work effectively together.

It quickly became clear to me that communications was 90% of the problem. Making a few relatively simple changes helped to turn that organization into a well-oiled, high functioning team that was able to successfully accomplish three major software releases in 18 months.

The changes focused almost entirely on communications. The key changes that helped turn things around were:

The specific behaviors that these high-performers exhibited were:

• Team members had energetic discussions and all members contributed -talking and listening in roughly equal measures with no one person dominating (Energy)
• Team members communicated and coordinated frequently with each other, not just the team leader (Engagement)
• Team members circulated outside of the team sought, brought back and shared information (Exploration)

None of this seems to be particularly new or revolutionary, but I’ve been surprised at how few organizations emphasize these traits or do them well. Analyzing communications at all levels of the organization is now one of the very first things I do when looking to improve performance in an organization.

How about you? What is your experience with communications and their effect on the organization?