Stand Up and Live Longer! 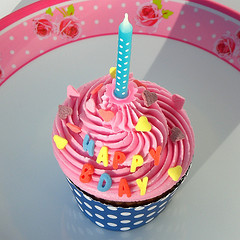 This is the first anniversary of my stand-up desk. I wouldn’t even think of going back. I feel better; I feel more productive and creative and sitting down now feels like a well-earned reward rather than a life-sentence. Just having the option to move between the two helps break up long workdays.

I’m feeling especially pleased with myself after reading about a study by Dr. Mai-Lis Hellenius, which was published in the British Journal of Sports Medicine. Dr. Hellenius’ research shows standing may actually slow down the aging process!

You are wearing out your telomeres

In Dr. Hellenius’ study, participants were divided into two groups. One group took part in a six-month exercise program and the other group did business as usual. They also tracked the amount of time spent sitting for each person in the study.

He then compared their telomeres (caps on the end of your chromosomes which essentially control the aging process). Shorter telomeres are associated with premature aging, disease, and early death (note: there is also a negative side).

Exercise is important, but…

Dr. Hellenius then discovered that it was not the exercise that had the beneficial effect on the telomeres, but simply standing upright. I know what you are thinking, but yes, you still need to exercise.

It is becoming abundantly clear that the human body was not designed to be folded up in a chair for 10 hours a day. Although standing desks can be expensive, the benefits are many. There are also some very inexpensive DIY hacks that work nicely. I did mine for under $200.

Give it a try. Your telomeres will thank you!

Are you using a standing desk? What has been your experience?